Why isn’t our IT department delivering? 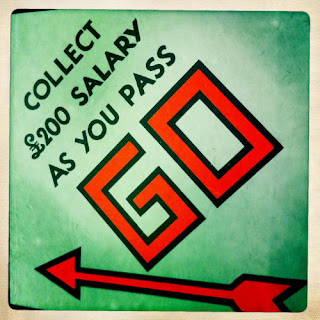 If I had £50 for every time I have heard that, I would have about £450 in my jeans pocket by now. But why do you think there are often disconnects between strategic business, user/customer needs and the IS team?
One major problem is a lack of the IT team being properly ‘plumbed in’ to the strategic business team or board. Where projects are decided and initiated by the management, without engaging the experience or opinions of IS first, chances are the result will be an IT team in a reactive mode, working like headless chickens. Ideally an IT manager, director or representative should be occupying a seat at the management meetings to be forewarned that business needs are coming down the line that will need IT involvement.
One simple project to collate customer feedback could be made much more efficient by engaging the IT team to assist in the design of the questionnaire, source of the target audience etc, rather than just dumping some results on the IT team later, to work out how best to get the answers into the organisations systems. IT would probably suggest ways of filtering to deliver the right audience, suggest a few means of carrying the exercise out and options of how to best import or consume the replies, when they arrive. One can see that this all saves time and targets effort. Your IT team overtime levels will be lower too and aren’t those some of the most expensive employees you have?
Sometimes the IT team are expected to execute too many projects all of high priority. Guess what? That makes all projects the same priority and defeats the object of a priority. No wonder generally those projects are not progressing eh?
What’s needed is a strong IT manager or director who can evaluate what finite resources are available in the team (probably allowing for an efficiency of about 65% to allow for holidays, training, sick days etc) and stand up to the board to say what can realistically be achieved across a period. IE One large project, three smaller ones or a mix dependent on priority. Not everyone feels they can tell the chief exec that in those terms, but that’s the way to tackle it. A plan for a period that can be sensibly determined can then be produced for stakeholders to sign up to.
Change control is the next essential element. If a higher priority requirement surfaces, everyone must be aware that for IT to drop this in, some other tasks will have to be dropped or put back. When they are, stakeholders must be informed so there is no ambiguity.
Lastly, where user resources will be needed, these stakeholders need to be made aware from the start, their involvement is mandatory. Too often IT is expected to get involved in user configuration as users have not the time or interest (or perhaps not directed) to get involved.
I was once at a sales demo representing a supplier, when the prospect asked why we could not ‘just configure the system to make them a 3 star housing organisation’. At the risk of losing the deal, instead of saying ‘Everything’s Possible’ (default supplier answer, you will have surely heard), I used the analogy of a red McLaren being the new system. Lewis Hamilton could climb in and win a Grand Prix in it, driving it in a three star way. The prospect could do that or just get in and crash it into the wall at the bottom of their car park. It’s the same car, just different ways that the user/customer will drive it. Remember too, following that analogy one step further, the IT team are just really the showroom & mechanics, they just keep it serviced and working.
Six months later, after the contract was signed, a senior member of the management team, introduced himself to me. He said he remembered me giving the analogy and it influenced the decision to choose our system. It helped him understand that it is always the users alone who will be responsible for deriving maximum benefit of the system, not the IT team.

This might focus your thinking, next time delivery is questioned.

Posted by Tony Smith, that housing IT Guy at 13:26