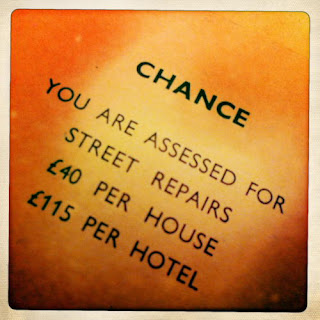 For housing financials, there are a number of options out there. You know the usual suspects; Sunaccounts, OpenAccounts, Dynamics and lately SAP are getting in on the act with larger Housing Groups. As many people know, I was a MS Dynamics GP reseller when at the old shop. Dynamics however can be found way beyond the sphere of RSL's and HA's however.

No offence to accountants, but in some ways it’s all counting beans [Complaints will be coming on Twitter...], but all systems have their stronger points and unique features. Although, as bean counting is not the most exciting activity, few evangelists seem to be out there writing interesting books on their capabilities. So imagine my surprise when my old friend and ex-MIS Microsoft Dynamics GP consultant Ian Greive tipped me off that he had collaborated in a new book on Dynamics GP 2013, the latest version. I am always interested in friends when they get published, I know the excitement of seeing my photographs in print!

Ian has done a fantastic job on the Microsoft Dynamics 2013 Cookbook, with Mark Polino. It brings together over a hundred tips and techniques to ‘leverage’ (as Microsoft seem to say a lot) this new release. Amazon are charging nearly £60 for it, but I have found this direct ebook link from just £19.50 - http://www.packtpub.com/microsoft-dynamics-gp-2013-cookbook/book

A sample chapter can be had here http://www.packtpub.com/sites/default/files/9781849689380_Chapter_08.pdf?utm_source=packtpub&utm_medium=free&utm_campaign=pdf

The book attempts to help the user to break out of the habit of sticking with the habits of the version of the system that they originally went live on. We are all perhaps a little guilty of that, we often find it reassuring to stick with what we know. Maybe, but it takes someone sometimes to reveal what we are missing. The sample chapter takes the user through many little known hacks and techniques. If you have the test Fabrikam company database accessible, you can try the examples right from the start.

For folks who learn best by watching and seeing, Ian also has been busy on a video course too - http://www.packtpub.com/content/microsoft-dynamics-gp-techniques/video When I worked with Ian he was always one of those people who knew his stuff, tried hard to get into the business problems he was there to assist with. He has certainly done a cracking job here and the resources all worth a look if you are one of the many Dynamics GP users out there. Shame I am not on commission (honest!).

Check Ian Greive out on his colour and cloud themed blogs at http://www.coralcurve.co.uk and http://www.azurecurve.co.uk If you comment on any of those, let him know I tipped you off.

You can link with me on LinkedIn here - uk.linkedin.com/pub/tony-smith-bsc-hons-acih/a/979/351/ It would be great to connect !

PS As usual, if there are subjects you might like me to tackle on this blog, please get in touch and let me know! 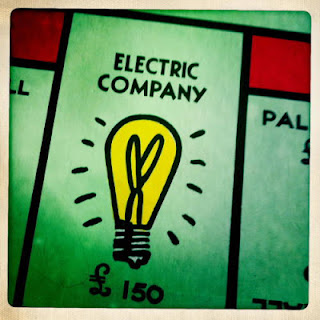 I was up in lovely Edinburgh again this week at The Corn Exchange, Slateford for the (cunningly named, apologies to George Grant...) Technology In Housing event. As it was the first of its kind, it was refreshing to see all the main system suppliers with stands. Also a relatively good turnout from local LA housing teams and RSLs.

I must give a quick shout out to Jim McKee Tenant Participation Officer from North Ayrshire Council, who I had the good fortune to walk in with. Like me he is involved with a community library and I know there are many gold nuggets of lessons learnt that will help mine where I volunteer on the board at www.Grappenhall.org.uk

I think it’s a difficult nut to crack in Scotland due to geography to get housing people together. However everyone learns such a lot by doing so, it’s often worthwhile to brave the A9, Scotrail or FlyBE (often referred to as ‘MayBE’) to knock around some housing ideas, best practice and opinions. A bit like user supplier and product groups. Often ignored, but actually really useful to customers. A pet hate of mine, but as I commented at the event, in the past I have urged customers until I was blue in the face to attend user groups, if only for the networking opportunities with fellow users of the application or HMS.

Most sessions involved a few suppliers with a end user or housing consultant representatives, such as myself or Colin Moss, who it was good to see for a pint at Cloisters before the event too. I am a big fan of Colin’s straight forward approach and I have known him for nearly 14 years. Like me he cuts through the jargon and often the sales hype for customers to arrive at a practical result.

It was very refreshing for the event to be very un-salesy. Stewart Davison from Capita in particular came up with many ideas and techniques that could be of use to many of the end-users and IT staff in the audience. Many of those ideas confirmed that in some cases, low tech does hit the spot. For example, a sticker with a barcode or QR Code on a central heating boiler or other component might well link to the information needed rather than £25K of mobile kit to access attribute details.

In many ways the thing I think should be taken away from the event was that there are many ways to crack a nut and suppliers or suppliers via consultants can often achieve a cost effective solution for your needs. An external voice can certainly guide housing teams to think out of the box and well worth the purchase order.

There was much talk of the future. In particular what the role of mobile working or social media might play going forward. I, like Martyn Rees of Civica agree that more and more consumer hardware is being used by business. A trend that is sure to continue, when a ruggedized device might be ten times as expensive as a consumer one. Mobile software that is truly agnostic is what your tenders should be specifying, so whatever tablet or smartphone style device appears (and they appear so frequently these days), users can take advantage of it.

Social media was a hotter topic on the panel than in the audience seemingly, although I believe it will be inescapable wherever you are in the UK (if it’s not already), regardless of your organisations attitude to control and risk. Different sites need different approaches and attract different sorts of audiences. The existing skills of generating a quarterly newsletter may well fail to cut it when transplanted to SM. New ideas and approaches are needed, such as what Prospect are doing with https://www.facebook.com/FromThereToHereaWesterHailesStory  . Integrating SM with your HMS still seemed to be much theoretical and still reliant on a managed, manually thinking, updating and participating.

Finally, where is the future for housing IT? Some suggestions were made about improved reporting, particularly this element coming out of the box from suppliers. This does seem to be at long last appearing after the fad for Business Objects (BO), a Universe and users expending much effort to product reports from scratch. Web browser based access another convenient requirement, together with web hosting/cloud, in order to allow access from office, home or any public wifi network.

Still, no panel had an ‘HG Wells’ on it, nor any crystal balls were in use. Much like Colin Moss, I have seen mainframes come and go, 8” floppy’s become 5.25 Twiggy disks, then 3.5”, PC’s to proliferate in the workplace, then become a no-no as servers are virtualised and clients become thin again. I agree with Colin that you cannot reliably look forward too far. Technology develops now on a 3-6 month cycle, rather than a two to five year one, like as in the 1990’s. Legislation comes and goes too. We all remember NROSH, dropped at the whim of politicians. So, predictions are perhaps best to avoid for the future, as the changes will not stop coming thick and fast.

You can link with me on LinkedIn here - uk.linkedin.com/pub/tony-smith-bsc-hons-acih/a/979/351/ It would be great to connect !

Read on to, data conversions - how far should you go?

PS As usual, if there are subjects you might like me to tackle on this blog, please get in touch and let me know!