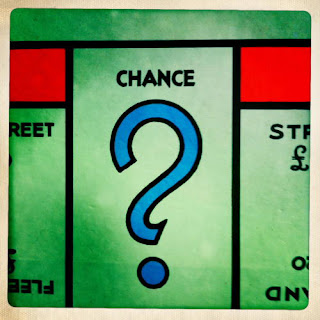 Over the festive period I was enjoying a few pints of season ales (you know the stuff, Rosey Nosey, Figgy Pudding and the Durham Wenceslas bitter) with a consultant friend, who was lamenting the loss of Steve Jobs, back in October last year. We both agreed that every empire has its day, although Apple’s new dominance of the ‘innovation’ value end of the smartphone, tablet and desktop market looks pretty good for a good few years yet.
I remember my early years in computing, when IBM or ‘big blue’ as they were seemed unassailable. The joys of submitting jobs via a HASP RJE workstation down a dedicated data line to Stafford, with some 80 character parameters. If you were lucky, a few hours (or days later) some spooler jobs might be waiting to be ‘released’ onto a heavy duty printer, which sounded like a Gatling gun in operation. For stock control, payroll and invoicing etc, it was the only game in town, until along came the mini-computer and the PC.
A foot put wrong by IBM when the model 5150 (or ‘Project Chess’ the personal computer) was created, meant that for the most part a big opportunity was lost. That’s not to say that IBM are not one of the most profitable companies on the planet, they certainly are. But could have been much larger.
Step forward Microsoft, traditionally specialists in software, applications and operating systems. Also Apple, who a bit like ying to Microsoft’s yang, specialised in hardware design primarily and in a lot of cases ‘gave’ software away. The latter model has certainly done Apple and for the most part its creative leader Steve Jobs proud. Domination of the music player marketplace, MP3 & movie downloads and now iPad and iPhone’s, all shift hardware at premium prices.
IPhones are undoubtedly expensive to manufacture (possibly $180 or more), although it could be guessed that kickback fees from mobile networks will also soften the blow. Still, for the consumer, and I had to make the choice myself only recently, after you weigh up the added value, most will pay more for the iphone.  When your text messages turn blue, you know you are iMessaging with another member of the club.
I never quite got that feeling when using an XDA on Windows mobile. It will be interesting  to see how the tie up with Nokia goes. Possibly a last call if Lumia doesn’t pull off significant market share and soon.  Samsung meanwhile have a different problem. All those years manufacturing chips & components for Apple seem to have made a few of its products a bit ‘Apple shaped’. If the court case results in Samsung paying a royalty to Apple for that, it’s more cash for Apple. Its unlikely that Apple will let that happen again with the next set of designs in the pipeline.
From all accounts, SJ already had directed his team at Cupertino what Apple products will be developed for the next 3-5 years. The iCloud, Siri, Pixar technology developments. But what then? Will a new challenger for Apple’s crown emerge, will Tim Cook manage not to put a foot wrong while wearing his masters shoes?

Ironically if Steve Jobs had avoided his alternative medicine diet early in his cancer and kept his business head on, he may be still here today. A criminal loss at just 56.
(c) Tony Smith, Acutance Consulting www.acutanceconsulting.co.uk